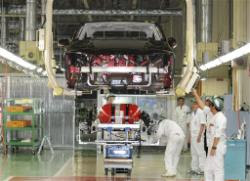 Honda rolls out new zero-emission car
By TOMOKO A. HOSAKA

The FCX Clarity, which runs on hydrogen and electricity, emits only water and none of the noxious fumes believed to induce global warming. It is also two times more energy efficient than a gas-electric hybrid and three times that of a standard gasoline-powered car, the company says. 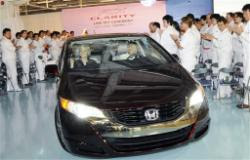 ts this year and about 200 units within three years. In California, a three-year lease will run $600 a month, which includes maintenance and collision coverage.

Posted by Paul Sean Fitzgerald at 4:55 AM No comments:

Paul Sean Fitzgerald
EMF expert and founder of the Research Center for Wireless Technology, Paul Fitzgerald, graduate from New Jersey Institute of Technology, has been studying Electromagnetic Fields for over 15 years now. He has done over 100 radio shows and speaking engagement in 2006 and has his recently released book "Cell Phone Friend or Enemy." http://www.emfnews.org If you wish to book Mr. Fitzgerald he can be contacted for speaking engagements or radio shows at 201.484.7652 or 808.281.1016